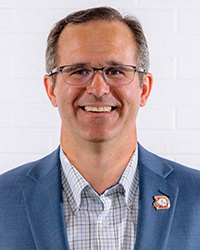 A Utah native, Colby commanded a Special Forces A-team in combat as a U.S. Army Special Forces Green Beret. Colby also worked on Capitol Hill for the U.S. Senate and Pentagon, where he managed the congressional portfolio for the nation’s No. 2 military leader. Additionally, he taught as an adjunct professor at George Washington University’s Graduate School of Political Management before working at Google Headquarters as a program manager. Most recently, Colby served as the director of operations for the Pentagon’s Silicon Valley Innovation Office, known as the Defense Innovation Unit.