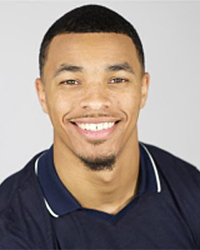 Ryen was able to start working shortly after graduation in the US Bank tower in downtown Los Angeles. This building is one of the tallest buildings on the West Coast. He is currently working in the commercial and corporate banking departments and assists with credit underwriting. He graduated from Dixie State University in December of 2018 with a Bachelor of Science in Finance. While at Dixie he also played Cornerback for the football team and was part of the team that recorded the most wins during its D2 era.