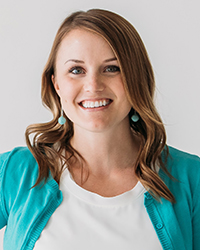 Becky Staples graduated from Dixie State BS in Business and an emphasis in Finance. She graduated Summa Cum Laude and as the Valedictorian of the Udvar-Hazy School of Busines. Becky started out in lending in 2006 and despite the challenges worked her way through the recession. Upon graduating from Dixie State she co-founded the Staples Group Lending Team. With her guidance the team grew to be ranked in the top 100 mortgage bankers in the United States. Her team was the first in Southern Utah to lend 100 million dollars in one year. She has also been recognized in the top 50 women in mortgage banking. In addition to growing her own team, she helped grow Sun American Mortgage with her partners. The company is in Utah, Arizona, California, and New Mexico and has been recognized as one of the fastest growing mortgage companies in the Southwest. Over the years Becky has served on various boards but her real love lies in helping women and children’s causes and giving back to her beloved alma matter Dixie State. Go Dixie!